In 34 days, I'll wave to you all from the peak of Mt. Sufferlandria. You won't see me, of course, as looking up towards the summit is a sure way to burn your eyes blind with the falling lava snow.

I'm heading into a rest week now, having finished another 3-week block of the Advanced Sufferfest Training Plan.

These past few days were rather enjoyable if you also consider fun to be constant fatigue, sore muscles, burning sensations, and pain as an unrelenting companion.

In dread of losing form and tolerance during the rest week, I'm adding a spoonful of this stuff to every glass of water: 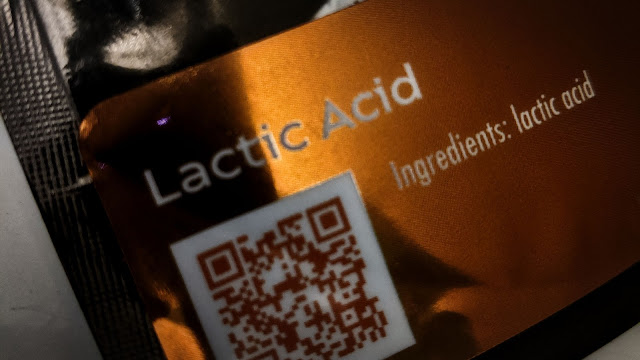 This past week, as you may recall, crept upon the heels of ISLTA and some strength work.
It then continued with "14 Vice Grips" - a VO2Max session of 14 intervals ranging from 30 seconds to 2 minutes. These get progressively longer, then shorter in two sets of seven intervals:


The power target is the same, and the rest length is the same.
Within an hour's workout, it generously dishes out 16 minutes of MAP+ power.

It hurt, but not that much. I knew that once I passed the 2-minute interval that it's only getting easier, and I recover well, so I focused on the cadence targets, as ever, and plowed ahead.
No Salted Watermelon, though.

G.O.A.T came the following day, with easy 2 minute intervals of threshold, at a super low climbing cadence.
Can do these forever. Especially when the video goes through all the Swiss Alpine climbs, I've ridden on my many adventures, including the Swiss Alpen Brevet back in 2018.
Except, it was snowing when I rode it. It was foggy and miserably wet, and I couldn't see anything beyond 20 meters of the wet road for hours and hours. So watching the Col Collective video as taken on a sunny clear-skied day is a heartwarming joy.


Next up, cadence building (are 189 rpm ok?) and strength training, but more importantly, work on the Mental Toughness Program - this time looking into the future and building the image of who I want to be.
Solid habit-forming work here: imagine who you want to be in the future and make decisions in the present accordingly. This resonates with some books such as "Atomic Habits."

So, for example, if you seek to become a Couchlandrian, then open the fridge and think to yourself, "what would a Couchlandrian choose?"
Whereas you, being a Sufferlandrian, of course, are only eating nails, so that's a no-brainer, and besides, nails don't need refrigeration.

Now, what followed next were two days of relatively long sessions:
Monday: "The Chores" immediately followed by "The Wretched," albeit at 60% intensity, total nearly 2 hours.
Tuesday: Blender, 1:45.

"The Chores" I've ridden at least twice before, so I knew very well what I was getting into. Three sets of 40's/20's with sub-threshold. For me, the real difficulty here is the 100rpm on the VO2Max efforts:


"The Wretched" that followed was a leisurely spin at 60%, but I certainly felt the fatigue, especially on the 110rpm sections. This ride at 100% intensity will be brutal as it is relentless in effort, cadence, sitting, standing, and pace.
So I'm respectfully accepting this 60% as "fair warning given" should I reencounter it.

And on to Blender... we meet again.
A smorgasbord of efforts that paint a pretty picture of painful expressions for nearly 2 hours.
The storyline covers the Sufferlandria National Championships that span across all disciplines of the sport, including fat-bikes in the snow (ooh I love those few precious seconds!)
No recumbents.
The first hour features some FTP, sub-FTP, VO2Max for starters. A proper beating to get everything nice and fatigued.
Then the infamous "Pain Shakes": 3 sets of 6 high power inverse intervals (40/20 | 30/30 | 20/40)

Yeah, yeah, I know what you're thinking, and you're right.
I love this stuff, can do it for all eternity.
I harness my focus and ability to recover quickly and push through these like there's no tomorrow.
But then... 3 sets of 4 minutes at just below threshold as a time-trialing dessert — 1-minute rest.
This is the real test of this session.
By now, having covered  80 minutes or so, you're totally drained. There's very little in the tank after those 6-7W/kg intervals.
I had sensed The Cramps towards the end of the first effort, so I put my mind to ignoring the pain completely and focusing on keeping the cadence.
1 down, 2 down, pushing hard to finish the 3rd, raising the cadence to around 100 to save my legs...

I couldn't help but notice that "A Very Dark Place" kicks off the next block, so I'll be basking in denial till then.