And so, just ten days after the 10K vEveresting, I set out to conquer a Basecamp challenge IRL. 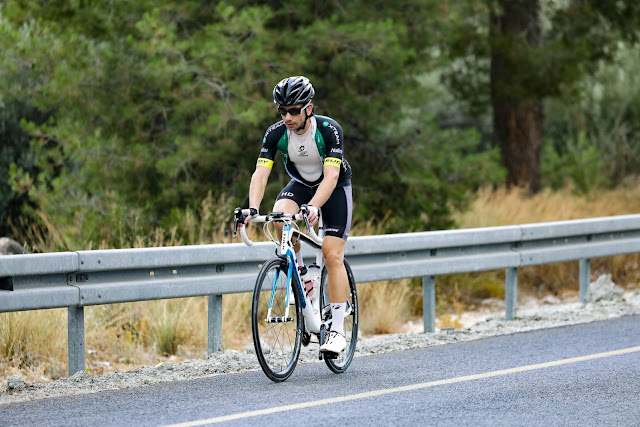 As it happened, my friends from the club I ride with on/off were planning a cumulative group Everesting challenge tagging it "Neveresting."

The idea was to split into groups, and each would tackle their portion of the required 20+ ascents of the proposed climb.

So groups of 3 would have each rider do seven repeats, 4 would do five each, etc.

The nice thing is that they all start together, and the club-ride feeling is maintained because you're continually passing your guys going up and down.

This was also a fundraiser, so all the better. 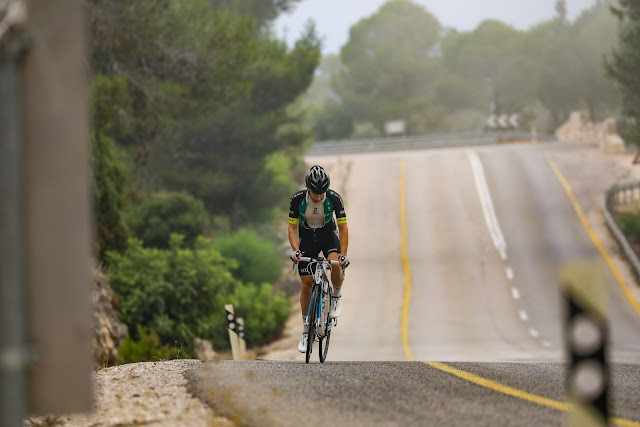 As I also happen to be the first international 7Summiting member, I set my goal on the "Mt. Vinson" climb challenge, a mere 4892m.

So the plan was to tag along to the "Neveresting" challenge but do my own thing - and that is hit 5000m in total ascent.

We hit off at 5 am, in 100% humidity. The temperature rose to almost 40 degrees on that day, but the humidity was a killer. I was drenched after just a few minutes and remained soaked in Sufferlandrian Holly Water to the very end.

Luckily the day was mostly overcast (The Cloud keeping me this time..), and any wind was welcome regardless of the direction.

Over the 10.5 hours (8.5 moving time), there were a few hours of scorching heat in direct sunlight, as there are very few climbs in Israel that offer the shade of road-side trees, but overall it wasn't too bad.

As always, my planning and prep were the most critical parts. Using my proven checklists, pace sheets, food planning, and hydration, I had loaded up the car the evening prior, had everything ready, and all that remained, yet again, was to show up.

Knowing that you've planned for every situation and have everything you need, bathes the experience in confidence and relaxation.

I was in for 13 repeats of a very well known segment of the Ness Harim Climb: https://www.strava.com/segments/4877972

It's about 30 minutes up at a leisurely Z2 pace, 7 minutes down. A short break before each rep for refueling brings it to 40 minutes per lap, and 8.5 hours for the 13 reps. 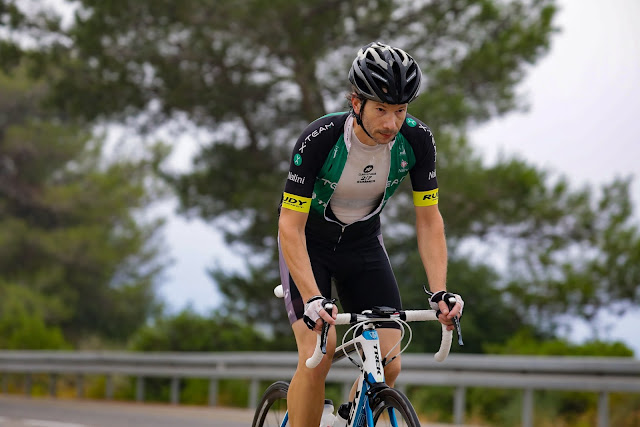 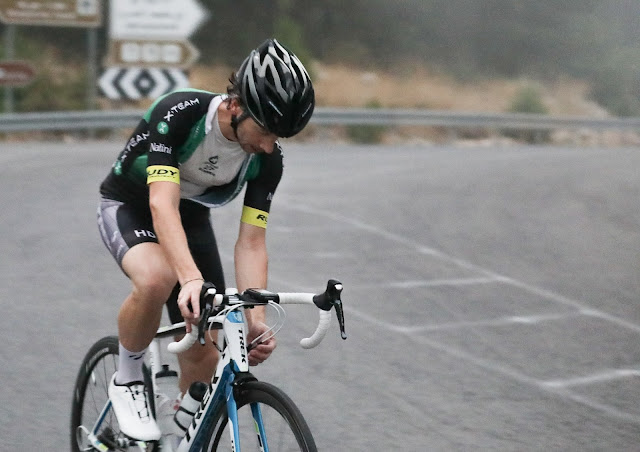 Did I mention that this was the first outdoor ride since October 2019?!

Certainly, some muscles (neck, upper back, triceps) had a nasty reminder of their intended functions.

Also, I rode with HR only as I don't have a power meter (anymore) on this bike.

So pacing was by the time, which is perfect because, on such efforts, you're trying to ride as easy as possible for as long as possible, so the power output isn't important. You'll settle into your Z2 pace soon enough and just refrain from the temptation to chase or increase the pace when a youngster who's only doing 1 or 2 reps flies by.

Sure, I had my reserves and could easily PR, but that's not what I was there for.

Riding this outdoors summoned different demons to the ones in my pain cave. The heat, the humidity, the cramps, the concentration on the descents, the limited supplies, and the road traffic all took their part.

Nonetheless, "I can always do just one more climb". 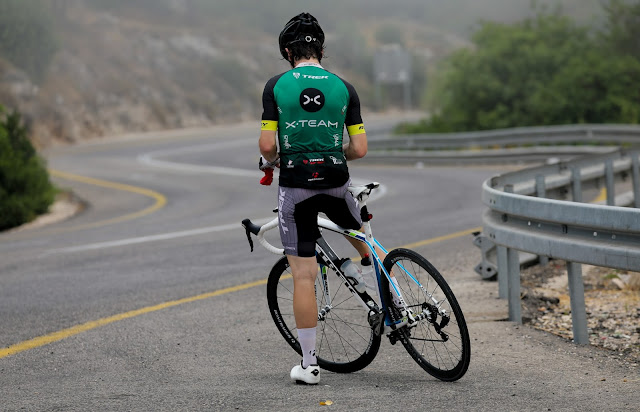 Even after my Club buddies were long-gone, as they rode significantly less or much faster, and I remained alone on the road in the midday sun's scorching heat, my car last in the lot, I kept going, enjoying the tranquility and the day unfolding.

#1 lesson: The Garmin will auto-shutdown after the charging cable is removed. Make sure it doesn't.

I stitched the files together, so that's no problem, but had a brief moment of panic when I started pedaling after a break and saw that it was off!

#2 lesson: Plan for more. If I had more food, I would have probably kept going to a full Everest. I was feeling great at the end, and the mantra that "I can always do one more climb" rang true. 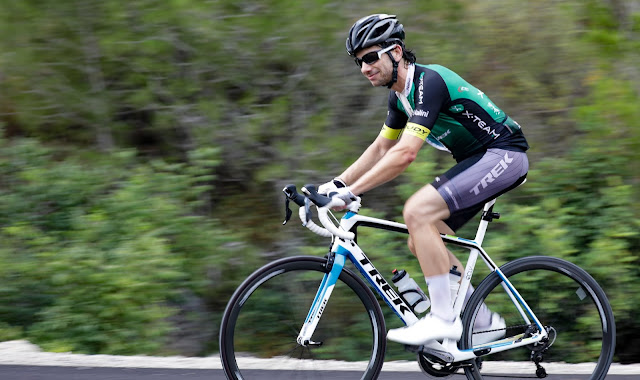 I will explore 7Summiting in more detail next.

Since writing this I've had some issues at home that had dragged into August - the toughest month in terms of time to ride. Three kids at home means that even getting an hour on Zwift to freeride is sometimes impossible, so I'm not beating myself up, just going to take it easy and resume the action in a couple of weeks.

Lots more to come - many long hours in the saddle await!