- June 03, 2020
Apologies. Been a while.
What can I say? Been busy.
The COVID-19 "situation" resulted in a spike of internet-related sales, and as a result, professionals such as myself have become extremely busy.
I help people on Shopify sort out their online sales, advertising, shipping etc - so what little spare time I had now turned into Work.
I'm not complaining.
Well, I am, actually.
Don't like work, or to work. Prefer not to, given a chance.
Not lazy, just have a hard time with the concept of wasting time on doing things I don't like just to make some money that is spent on things that I don't like or want either (aka "necessities").
Bloody hell, that's what cashflow is good for, but it's the black hole of my financial competence I've only begun to learn at my pristine age.
Yes, I've got a BA (magna cum laude) in Business Management but don't know the first thing about budgeting myself, saving, personal financial management or anything in the vicinity.
As a result, I'm nearly 43, broke, with a soon to be divorced wife and 3 kids to feed. Yet I won't think twice before spending $80 on supplements that might make me faster on my virtual bike in the living room.
Going nowhere in a hurry.
However, having an income of some sort is better than not, apparently.
I won't be buying CeramicSpeed bearings or a new power meter for my bike - not just yet, gotta feed those kids first. Sigh.
Just to touch on the Work topic to summarize - I love working for things that bloom into some result, which is why cycling and training are integral to my personality. I will always go the extra mile, find the longer route, descend to the last rider of the group and climb again, push those intervals a little longer if I have anything left.
But this is a different kind of work, and I might need my head examined at one point or another, but for now, it is what it is.
Anyway, so yeah, got some extra work these past few weeks and made some money that will vanish in the abyss at the bank.
Been working some late nights, going to be around 2am and generally feeling mega tired.
I've also started to take daily HRV readings that coincide nicely with those sensations. It looks like a reliable indicator of overall fatigue and energy levels.
With all that, I've only missed one Drills session and made the time up in Z2 on consequent rides.
The extra Strength training I'm doing about twice a week has also been a bit inconsistent. Still, I've committed to working out on the core for at least 15 minutes each day, which is moving me forward on the strength side of the equation or maintaining at the very least.
Meanwhile, The Sufferfest had released a significant update to the training plans - introducing Strength across most plans as well as custom period blocks that let you almost build your entire season! I'll cover this in another post when it's time to choose the next plan.
But this post is not about that.
It's about the end of COVID-19.
It was straightforward to see when the wave finally broke.
One day, there were less than 2000 people on Zwift.
A couple hundred in Yorkshire and London, about a thousand in Watopia.
A quick glance at the Companion revealed, to my astonishment, that no one I was following was Zwifting at the time.
And with that, I declared the crisis over.
Back to those quiet roads, the occasional rider to F2 at and making route choices based on topography, not demography.
The Pros were gone. The assortment of daily "special guest" rides evaporated into the wind. It was hard to catch a draft again.
We had The Tour For All come and go, and it's all settling back into normality again.
I find that calming in a funny way. I'm not much of a "people's person" and embrace seclusion and hermitism.
To my surprise, this also spans the Virtual.
Many times I ride to be alone, a meditative state of focus and intent. While riding alone in Watopia feels a bit eerie (just unplug the wifi) I don't like a crowd.
On the road this translates to long solo rides, or, if the occasion calls for it, a breakaway. 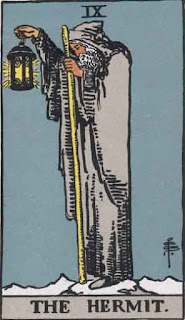 So what now?
I've got plans.
More in the next post.
COVID-19